Privately owned bicycle package | You can say that Drenthe is, by far, the cycling province since it has more than 1000 kilometres well-taken care of bike trails. You can spend many days cycling through large forests, heathers and fens. Since your own bike is the most comfortable to ride, you can bring your own and place it in the indoor bicycle parking. 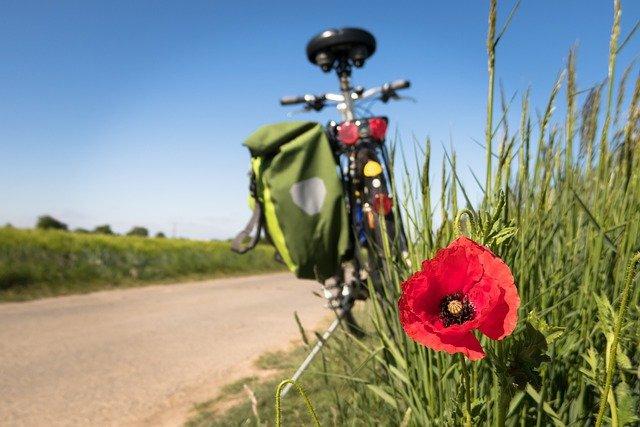 (This can also be booked for one person with a stay on a standard single room. For this, the surcharge is € 16.00 p.n.)

When you stay overnight on a Friday or Saturday, we charge € 5.00 per person per night.

Hot buns, freshly squeezed orange juice and so much more!

Multiple sorts of bread, buns, hot buns from the oven (such as croissants and Kaiser rolls), fresh meat products and several types of cheeses, different sorts of (sweet) spreads such as homemade marmalade and honey from the region, bacon, scrambled eggs, cooked egg (both soft and hard), cereals, milk, buttermilk, fresh orange juice that you can squeeze yourself, different sorts of coffee, tea, yoghurt and fruit.

Treat yourself with an upgrade! You are able to book one of our luxury rooms for just a small amount extra. What do you think of a room with a bubble bath or a private sauna? Delightful right? 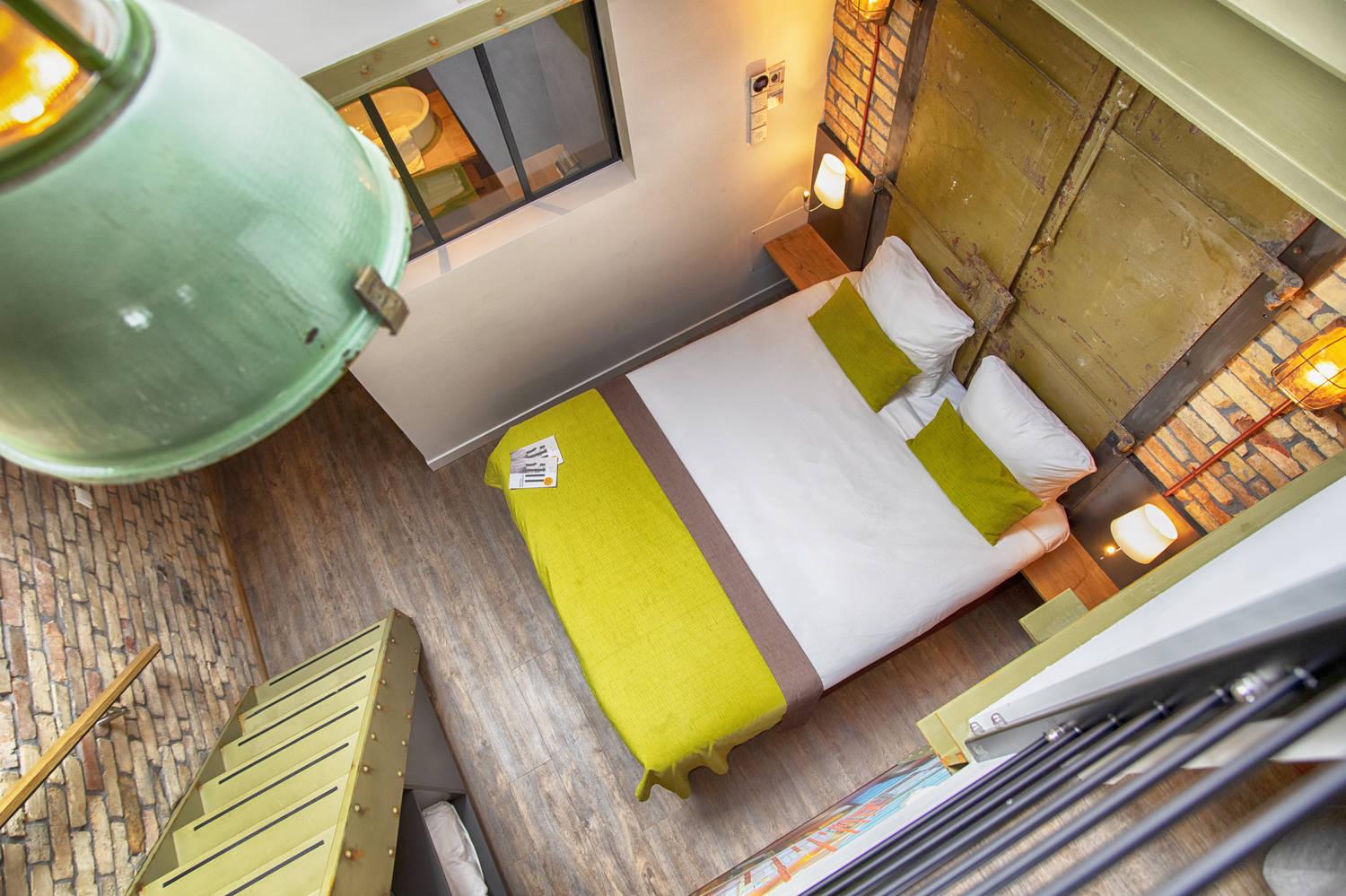 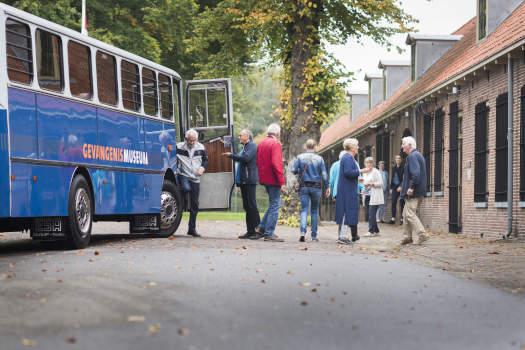 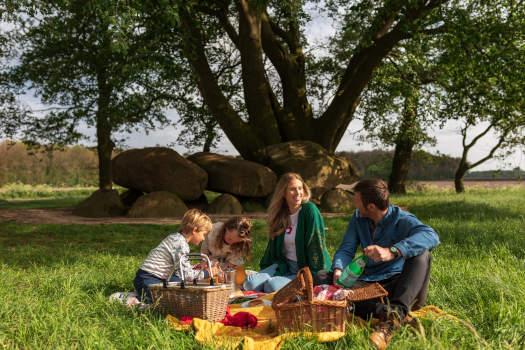 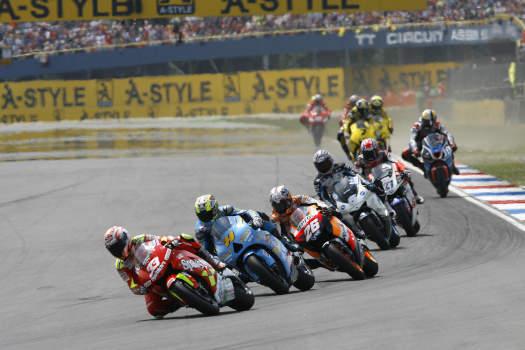 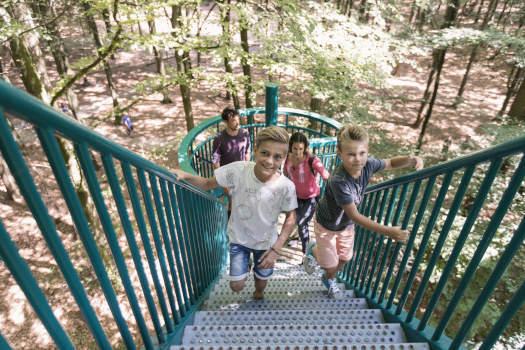 There is so much to do in Drenthe! Besides the beautiful nature, there are also many sights, museums and active outings to fill the day in the fresh air of Drenthe.

Have a look at the list of outings we put together for you that are not far from here:

The Camp is located in Hooghalen (about 15 kilometres from here). Even though, the park had several functions such as a refugee camp and a military camp, it is mostly known for the Jewish transit camp (persecution of the Jews) during the Second World War. From here, thousands of Jews were deported to the extermination camps. The last prisoners were liberated by the Canadian army on April 12 in 1945. The Memorial centre shows and tells you more about this piece of history.

A walk through Orvelte that contains many monuments brings you back to the rich history this village has to offer. Tortuous cobbled roads in the heart of the historical village leads past beautiful, thatched Saxon farms and other rustic buildings. Old crafts such as a person creating wooden clogs and a glass blower are still belong to the order of the day. A great experience for young and old.

Drenthe is known for its many dolmens that are spread out across the landscapes. In the Dutch language, we name them “Hunebedden”. Most of the time, the a set of stones are placed upright and one flat stone is placed on top. A common aspect of such exemplar is that the entrance is at the south side. In all probability, the dolmens were used as burial chambers in the new stone age. The largest dolmen can be found in the village Borger (about 20 kilometres from here).

The most important museum of the province Drenthe is located in Assen. Here you can find information concerning the prehistory and other worth knowing knowledge of this region. In addition, the story of the girl Yde is explained. The corpse of this 16-year old girl was found in 1897. Research proved that the girl lived between 54 before Christ and 128 after Christ. Furthermore, the museum present bones of mammoths and objects from Neanderthals.

This museum in Veenhuizen (about 35 kilometres from here) is a true experience! You get the chance to explore how we in the Netherlands deal with crime and punishment in this modern and interactive museum from 1600 until now. Learn about the crime and punishment manners of all times, however the method of punishment has changed considerably over the centuries. You also have the opportunity to take a look in a real prison and make a tour in an old Prison Bus. Paying a visit to the Prison Museum is not a punishment but a great outing for young and old!

This interactive and astonishing zoo opened its doors in 2016. A completely new zoo on a new location in Emmen. The zoo is divided in three climate zones: Jungola (the jungle), Serenga (the savannah) and Nortica (the polar region).

A unique attraction in the middle of the forestry of Gieten and Borger where visitors can walk along treetops. Visitors can walk over a long path of 125 metres via a spiral staircase and a root tunnel. The path was opened in 1996 and is part of a educational themed park of Staatsbosbeheer.

A tour through this area will teach you how people lived in Schoonoord at the end of the 19th and beginning of the 20th century. This open air museum was founded in 1854 and consisted mostly of turf cottages which were inhabited by workers. They came from many different places to work here. The name Ellert and Brammert comes from (probably) the most famous legend of the province Drenthe about the predatory giant duo named Ellert and Brammert.

This is one of the most beautiful heathlands of the Netherlands. Besides extensive heathlands and forests, you see fen, grain fields and meadows. Not only that makes Dwingelderveld unique but also the cultural-historical and archaeological perspective. Old farmhouses, sheepfolds and tumulus also shape the rich history. Dwingelderveld is the largest wetland area in North-Western Europe.

On a yearly basis, the fastest motor races of our country are held at the circuit TT Assen. The first race in Assen was in 1925. However, this was not on the circuit as we know it nowadays but through villages on cobblestone roads. The 7.7 kilometres long race track was opened in 1955. Further improvements were made throughout the years. At the moment, the race track is 6.1 kilometres long and with a width of 10 metres.