Staying over during the Blues Festival?

This package is bookable from 2 nights.

The picturesque village of Grolloo, which has about 800 inhabitants, is located about 11 km southeast of Assen, the birthplace of one of the Netherlands' most famous blues singers: Harry Muskee.

So it's a nice combination to go to the Blues Festival, but also to see the museum. If the weather permits, it is even possible to go to Grolloo by bike. So you can get a breath of fresh air after a day at the festival.

More about the Blues festival 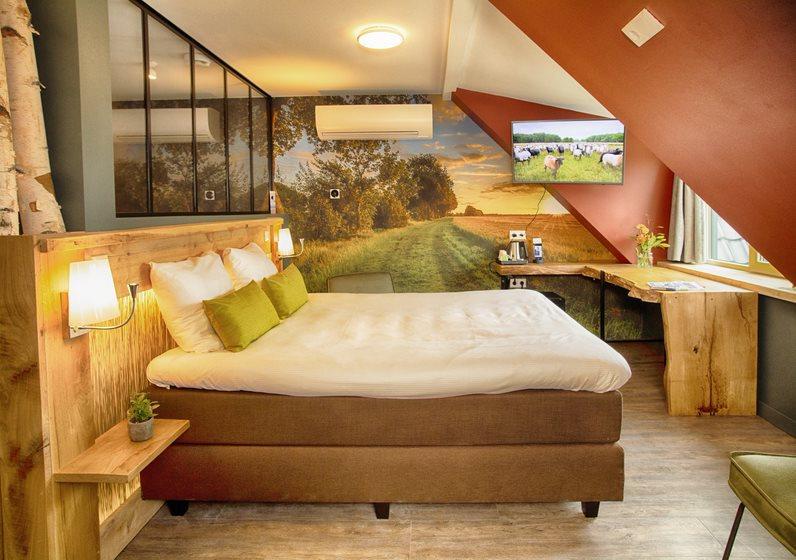 Combine your visit with an overnight stay

First a delicious breakfast from our extensive breakfast buffet, before heading to the Blues Festival.

When the festival is over, you return to the hotel. This will probably be later in the evening, but that's no problem. You just have your key on your phone. Curious how that works? Click here. So you can always go back inside and sleep well after such a day of music.

Need extra relaxation? Then book a room with private sauna & terrace. Relax in your own barrel sauna on the terrace of your hotel room. Prefer to take a bath? Then choose a Luxury Theme Room, this one is equipped with a whirlpool bath. Or a Luxury Theme Suite, which has a freestanding bath in the room, where you can even watch television in the bath.

Curious? Take a look at the hotel rooms below.