Where does the name come from?

Why Abdij de Westerburcht? There has never been an abbey in Westerbork, right? Right! The name is from Abdij de Koningshoeven in Berkel-Enschot, the south of The Netherlands. Here the craft Trappist Beer La Trappe is brewed by monks.

"They can only be called real monks if they live from the labor theire hands provide" This was written by Benedictus, the ‘architect’ of the western abbey life. According to his guidelines, monks have to provide for themselves. The monks in 1881 in Berkel-Enschot at first used to live from agriculture and cattle breeding, but for this growing community, the income from the poor soil was not enough. That is why the monks decided to start brewing beer in 1884.

La Trappe was the first Dutch trappiest beer. Only when the beer is brewed in a trappist abbey supervised and under responsibility by monks, it may be called Trappist beer. La Trappe Is brewed traditionally, according a by the monks developed recipe. Exclusively natural products are being used as hop, barley malt and yeast. Fermentation takes place with a yeast that is most active at 18 to 20 degrees Celsius. This type of fermentation is known as 'top fermentation'. The beer is filled in bottles with yeast and sugar. This causes La Trappe to ferment in the bottle and a unique aroma develops. 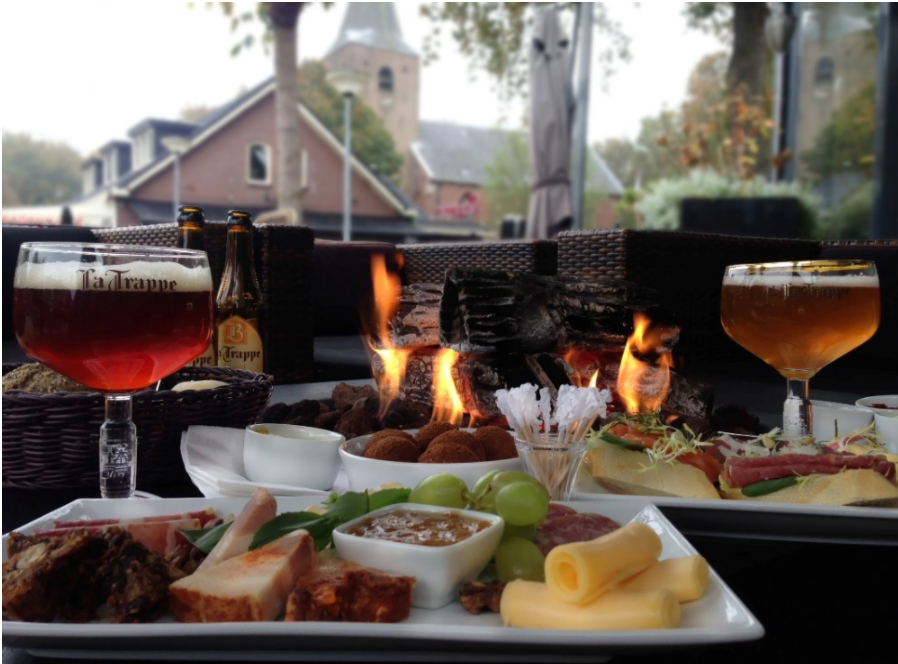 In 1998 David de Leeuw took over Hotel de Westerburcht in Westerbork, the heart of Drenthe, from his parents. The hotel already had 37 rooms at the time, but David was keen to immediately distinguish himself with the hotel as well as the restaurant, meeting rooms and terrace. In search of the ideal “theme” he went, at the end of that year, by invitation, with his father to Abdij de Koningshoeven in Berkel-Enschot. There they met Brother Samuel, who proved to be a true host. He spoke passionately about the core values of La Trappe, the history, the authentic elements, the philosophy. After an informative day and while having a glass of La Trappe in the Tasting Room, “Brother Samuel challenged David to convert his location into the style of the Monastery in Berkel-Enschot. He immediately handed David a stained glass window from the monastery that he thought could be used nicely in David's hotel. This meeting was led to the change of the name of the location into Abbey de Westerburcht. From that moment on, Abdij de Koningshoeven was used as a base for all major and minor renovations of Abdij de Westerburcht.